Exceptional legal representation for when you need it most.

Attorney Joseph Wagner: bridging the gap to justice for contractors, businesses, consumers, and more in Washington and Oregon.

We'll get it done, together.

Whether you want to fortify your  construction firm, need help taking the first steps to becoming a successful contractor, or helping you prosecute or defend a lawsuit or administrative action, I’ll be there for you 100% of the way. You can always expect me to bring unparalleled innovation, problem solving, and sound strategy to get you where you want to go. I look forward to working with you on achieving your goals. 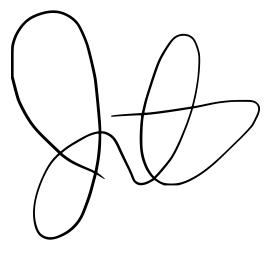 Here's what I love to help people with.

How can I help you?

Leave me a message and I will try to get back to you within an hour. If you're not sure if I handle cases like yours - write me. I will let you know.

What people are saying.

Joseph is one of the smartest lawyers I know.
He puts 110% into his work and truly cares about his clients.
Summer
Attorney
Joseph thinks multidimensionally: strategically, legally, personally. Besides being incredibly smart and diligent, he is also very personable, respectful, and funny.
Dlovan
Attorney
I spoke with Mr. Wagner who was very kind and eased my worries by explaining my situation and options to me in layman's terms. He provided education as well and after I felt more in control of my options. I highly recommend him.
Anonymous
Avvo Review
I will definitely use Joseph in my future legal needs. Fast to respond and knows his stuff!
Anonymous
Avvo Review
In the top rank of students I have ever had... a great sense of humor. ​
Scott
Law Professor
His intelligence coupled with determination makes him more than smart; it makes him exceptionally effective.
James
Executive
Joseph is gifted.
Raymond
Judge
When Joseph speaks, people listen.
Sally
Professor

You are in great hands.

Growing Up.
A few decades ago, I was born into a family that traveled the country painting bridges. I switched schools over a dozen times and lived in 15 states before graduating high school in Vancouver, Washington. I loved to wrestle back then. I took second in the state championships in 2008 for Hockinson High School. The next year I broke my neck in the last match I ever wrestled while at the state tournament. After high school I worked as a sandblaster and painter on bridges during breaks to pay for college.

College and Work. While in college, I got a scholarship to study in Germany where I met my wife. I lived in Europe for a few years and we eventually moved back to Vancouver. Upon returning, I worked as a project manager in the construction industry for several years on complex multi-million dollar public works infrastructure projects with various state departments of transportation and the Army Corps of Engineers. I managed dozens of employees and fought tooth and nail to keep our projects on track.

Law School. After having first hand experience in a number of contract, employment, and labor disputes, I decided to go to law school at Gonzaga so I would have the skills to help contractors who face similar problems. I finished as the top student in many of my commercial law classes, and third in my class overall. After graduating, I earned a prestigious clerkship at the Washington State Supreme Court where I drafted several opinions under Justice Susan Owens. Wanting to serve the construction industry that I spent much of my life in, I immediately opened my own practice after clerking.

Me today. I’ve been lucky that my life has been filled with lots of interesting people, places, and stories: below are a few pictures from it (click on photos to read the stories). I like spending time with my family, golfing, watching comedy, rooting for the Seahawks (and Vikings too), making wood fired pizza, and learning new languages.

Whatever your issue or goal, let's cross that bridge,together.